In the opening game of the Saturday’s AdmiralBet ABA League schedule, Cibona have prevailed over SC Derby at home in Dražen Petrović Arena in Zagreb. 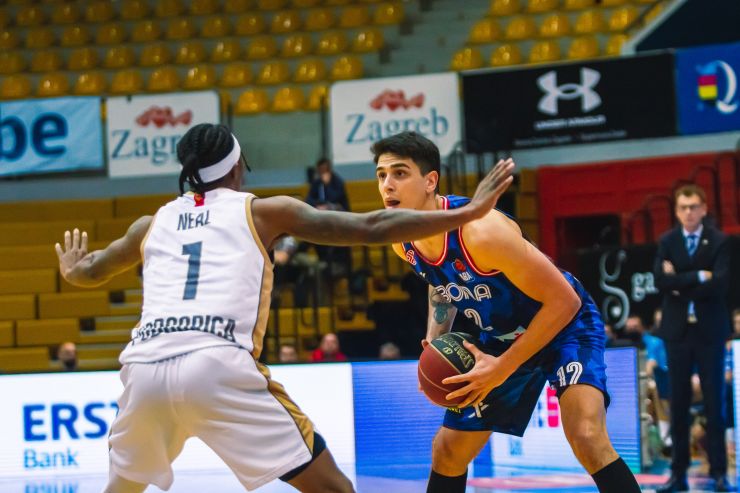 Game recap: In the opening game of the Saturday’s AdmiralBet ABA League schedule, Cibona have prevailed over SC Derby at home in Dražen Petrović Arena in Zagreb. This way, new head coach Gašper Okorn has started his Cibona story successfully, as he took his side to the win in very first game on the bench. It’s been a game, where the hosts have been in front for the majority of the playing time, but did not manage to pull away all until the final quarter, when they simply dominated the court. This is the first win of Cibona after a 7 games long winless streak and the one that pushes them away from the danger zone near the bottom of the standings and towards the middle, as they are now on a 6:10 record. Similarly, SC Derby also have 6 wins on their record right now, but one defeat less.

Key moments: When Fletcher Magee scored for three, he brought his SC Derby close to only an one-point deficit (62:61) in the 31st minute. However, an 11:0 run followed by the hosts, that pulled away into double digits (73:61) over the next 3 minutes. As it turned out later in the game, the visiting side did not manage to make it anybody’s game and Cibona celebrated.

Man of the match: Amar Gegić has been brilliant for Cibona this time, as he led his team to the win with 18 points, 5 rebounds, 3 assists, 4 steals, and a valuation of 23. He is our man of the match!

Can’t trick the stats: SC Derby had no less than 24 turnovers this time around and this is what cost them the win. Simply too many, even though they have been better than their opponents in some of the other statistical categories.

Click here for more match stats
Match: Cibona - SC Derby
Join thousands of ABA League fans in our digital community by liking us on Facebook, following us on Twitter or Instagram and subscribing to our YouTube channel.
If you like this and our other articles, make sure to sign up for the ABA League newsletter. You will be notified regarding all important news and updates on the ABA League via e-mail.
Social Media
Tweets by ABA_League