In the decisive third game of the AdmiralBet ABA League Semi-finals, Partizan NIS have prevailed over Budućnost VOLI at home in packed Aleksandar Nikolić Sports Hall and earned themselves a spot in the Finals. 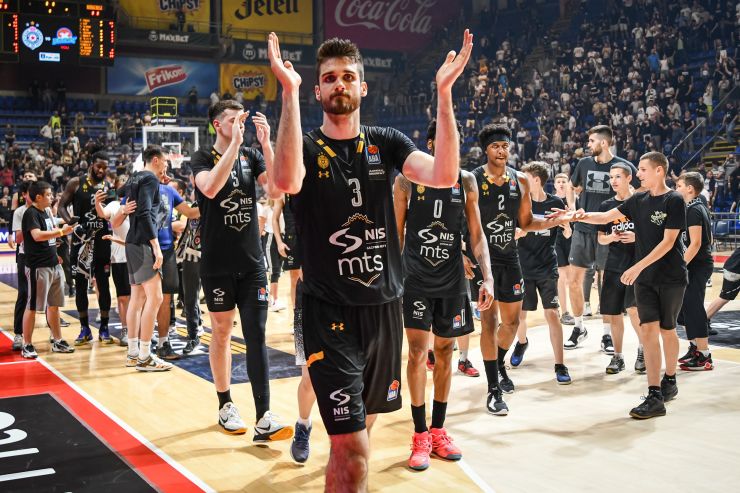 Key moments: In the fourteenth minute of the game, the margin between the two sides was still only two offensive possessions high, as Partizan NIS were ahead by 6 points (34:29). However, that’s when the hosts went on a 19:1 run, that lasted for five minutes and that put Partizan NIS up by 23 points (53:30). That’s when everyone realized that there was to be no major comeback in this game.

Man of the match: Kevin Punter was the best player of Partizan NIS, as he led the black and white to the decisive win of the series against Budućnost VOLI. He had 30 points, 4 steals, 3 assists, 2 rebounds, and a valuation of 31 and has rightfully earned himself the man of the match title this time.

Click here for more match stats
Match: Partizan NIS - Budućnost VOLI
Join thousands of ABA League fans in our digital community by liking us on Facebook, following us on Twitter or Instagram and subscribing to our YouTube channel.
If you like this and our other articles, make sure to sign up for the ABA League newsletter. You will be notified regarding all important news and updates on the ABA League via e-mail.
Social Media
Tweets by ABA_League