Mornar-Barsko zlato have started the new season with a big away win as they triumphed against Igokea m:tel in Laktaši. 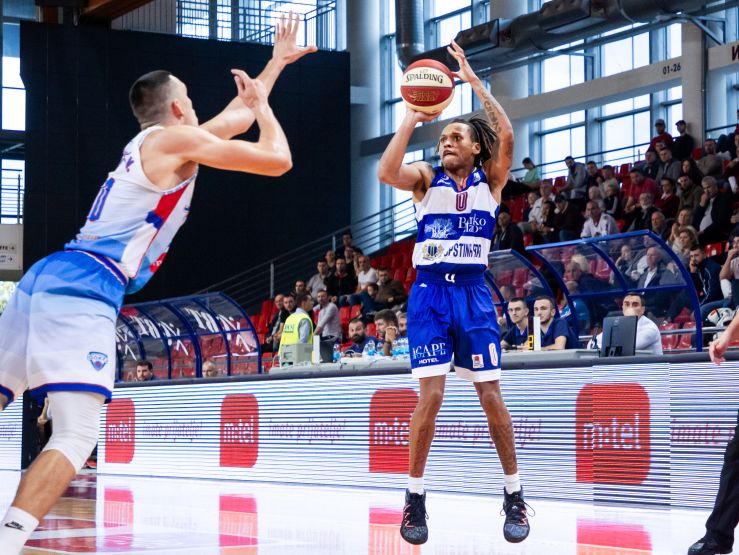 Game recap: Mornar-Barsko zlato have started the new season with a big away win as they triumphed against Igokea m:tel in Laktaši.

Despite being down by 10 points at halftime, the visiting side managed to pull off a big comeback in the 2nd half, mostly thanks to impressive performance of two of their star players Daron Russell and Vladimir Mihailović.

Russell scored 41 points on his AdmiralBet ABA League debut, while Mihailović made 26 points for the Bar troops in today’s match.

It is also important to mention that Mornar-Barsko zlato scored 8 three-pointers in the 4th quarter in which took over the lead and made the final push toward the win.

Key moments: Among those 8 three-pointers that Mornar-Barsko zlato scored in the final quarter, there was the one that definitely sealed their win. At the score of 86:83 for the visiting side, with less than 1 minute remaining on the clock, their best player in tonight’s game Daron Russell knocked down the key 3-pointer that sealed the win for the visitors. Take a look:

Man of the match: There is no doubt here. Daron Russell scored 41 points in his first ever game in AdmiralBet ABA League, including 9 three-pointers! he therefore tied the 2nd best league score for most 3-pointers made in a single game by one player. On top of all that he also had 6 rebounds and 6 assists, while his overall index rating was 39.

Can’t trick the stats: While Igokea m:tel made just 5 three-pointers for the entire game, Mornar-Barsko zlato scored 16. And we have already written that half of those 16 came in the 4th quarter.

Click here for more match stats
Match: Igokea m:tel - Mornar-Barsko zlato
Join thousands of ABA League fans in our digital community by liking us on Facebook, following us on Twitter or Instagram and subscribing to our YouTube channel.
If you like this and our other articles, make sure to sign up for the ABA League newsletter. You will be notified regarding all important news and updates on the ABA League via e-mail.
Social Media
Tweets by ABA_League