Budućnost VOLI made a powerful performance at the start of the new season as they beat Split in Podgorica by 94:59. 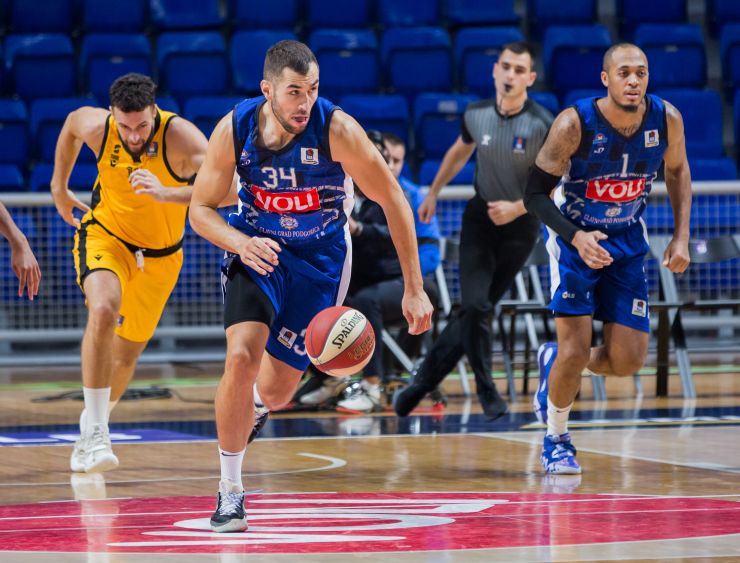 Game recap: Budućnost VOLI made a powerful performance at the start of the new season as they beat Split in Podgorica by 94:59.

The Podgorica team had some troubles in the opening two quarters as they were up by just 5 points at the halftime - 46:41. But, the moment the two teams returned on the court for the 2nd half, the home side started showing their full power. Budućnost VOLI scored 48 points in the 3rd and 4th quarters combined, while during that period of time they let their opponents make just 18 points.

At the end, the 35-point margin is a clear message that Budućnost VOLI will once again be one of the candidates to win the regional trophy.

Key moments: The winner of this game was decided in the 3rd quarter. After coming back from the halftime break, Budućnost VOLI started dominating the court. They made an 11:0 run to escape on a double digit lead, while they did not let Split score a single point for almost 6 minutes. Budućnost VOLI won this period by 24:6.

Man of the match: Cameron Reynolds showed today that he is capable of making big things for Budućnost VOLI offensively. Reynolds was the team top scorer tonight with 16 points, while he was 4/7 from behind the arc.

Can’t trick the stats: The second half score says it all – 48:18. Budućnost VOLI was simply fantastic in those 20 minutes and that 2nd half performance brought them the win.

Click here for more match stats
Match: Budućnost VOLI - Split
Join thousands of ABA League fans in our digital community by liking us on Facebook, following us on Twitter or Instagram and subscribing to our YouTube channel.
If you like this and our other articles, make sure to sign up for the ABA League newsletter. You will be notified regarding all important news and updates on the ABA League via e-mail.
Social Media
Tweets by ABA_League