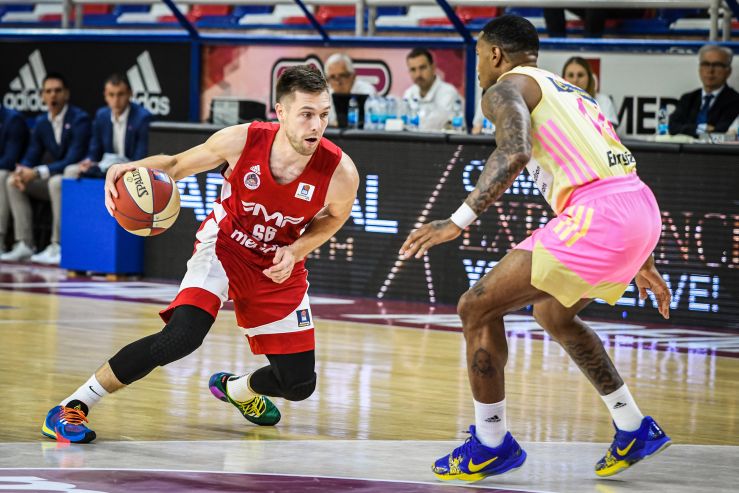 Game recap: FMP Meridian has opened up the new AdmiralBet ABA league season with an impressive win against a young Mega MIS team. FMP Meridian controlled the game's rhythm throughout all 40 minutes not allowing Mega MIS to take hold of the lead. This was FMP Meridian's first win at home against Mega MIS since 2019.

Key moments: After Mega MIS managed to come within striking distance (66:64), FMP Meridian head coach Nenad Stefanović called a timeout after which his squad made a 13:4 run to secure their first win of the season.

Player of the game: Beau Beech was in stellar shooting form tonight, scoring 19 points on 8/10 shooting from the field. Beech also racked up 5 rebounds and ended the night with a valorization of 20!

Can't trick the stats: FMP Meridian dominated the boards tonight, outrebounding the visitors by 13 (39:26) and getting 16 offensive rebounds.

Click here for more match stats
Match: FMP Soccerbet - Mega MIS
Join thousands of ABA League fans in our digital community by liking us on Facebook, following us on Twitter or Instagram and subscribing to our YouTube channel.
If you like this and our other articles, make sure to sign up for the ABA League newsletter. You will be notified regarding all important news and updates on the ABA League via e-mail.
Social Media
Tweets by ABA_League