In the eighth round of the 2022/2023 ABA League Regular Season, SC Derby made a 19-point comeback in the second half to get the road win against Split. 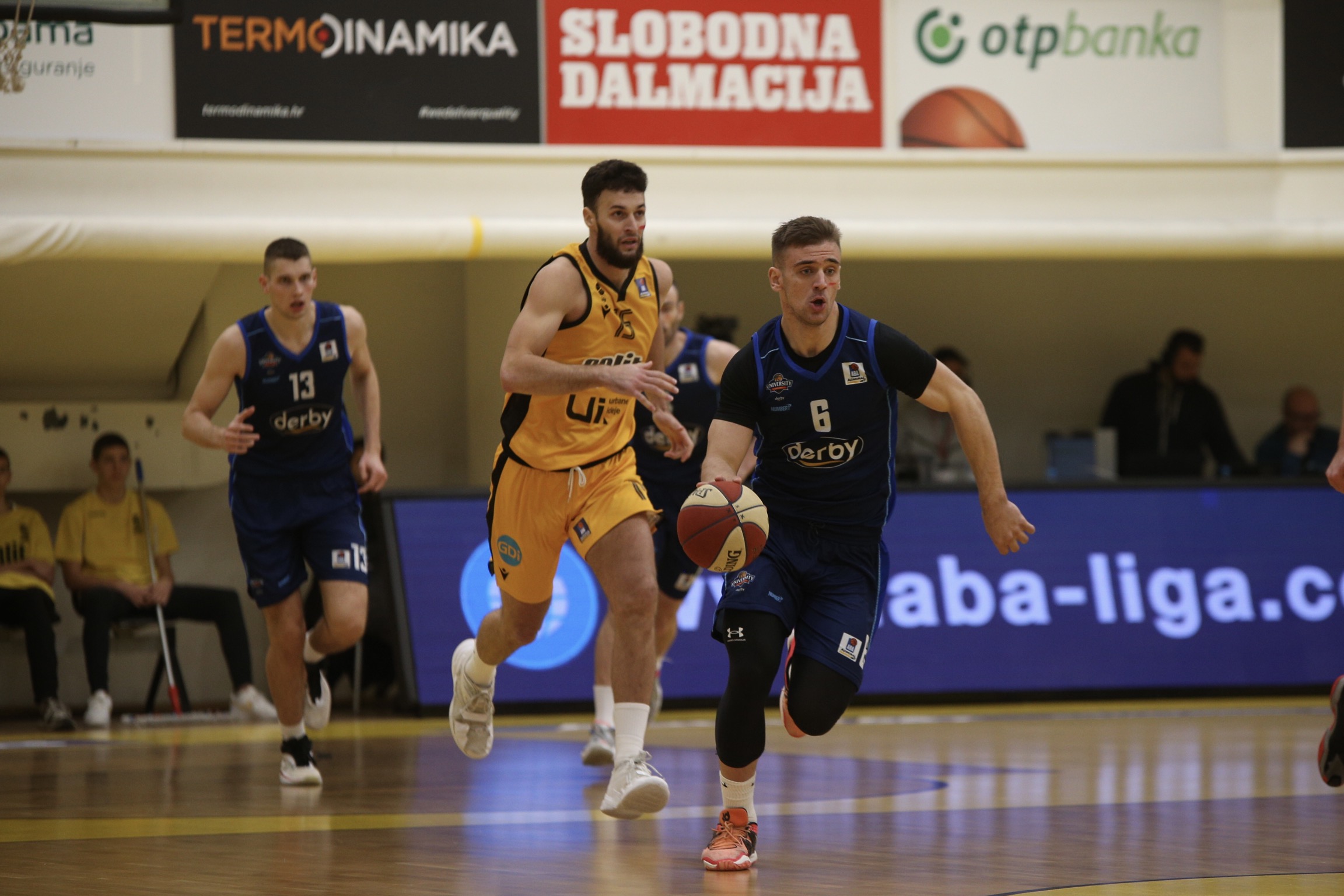 Game recap: In the eighth round of the 2022/2023 ABA League Regular Season, SC Derby made a 19-point comeback in the second half to get the road win against Split. SC Derby improved to a 4-4 record this season and is currently sitting in a Playoff spot. This is Split's second loss in a row, dropping their record to 2-6 this season.

Split opened the game up in an impressive fashion, holding a double-digit lead in the first quarter, by the third quarter the hosts had built up a 19-point lead. Following that SC Derby started climbing back into the game, cutting into the Split lead heading into the final minutes of the fourth quarter. Andrej Žakelj's squad flipped the game over in the final minutes of the fourth, shocking the Split crowd and completing the comeback.

Key moments: The crucial moments for the SC Derby comeback came late in the fourth quarter when they made an 11:1 run to get the lead heading into the final moments of the game. This run made for an exciting finish to a game full of surprises.

Man of the match: Loren Jackson led the charge for SC Derby tonight, being calm in crucial moments. He finished the game with 22 points, 6 assists, and a valuation rating of 24.

Can't trick the stats: Three-point shooting was a major difference tonight, Split had an off-night shooting from three-point range, only hitting 2 threes in 19 attempts. SC Derby on the other side, shot 50% from three, hitting 12 shots from beyond the arc.

Click here for more match stats
Match: Split - SC Derby
Join thousands of ABA League fans in our digital community by liking us on Facebook, following us on Twitter or Instagram and subscribing to our YouTube channel.
If you like this and our other articles, make sure to sign up for the ABA League newsletter. You will be notified regarding all important news and updates on the ABA League via e-mail.
Social Media
Tweets by ABA_League