Loren Jackson and Danilo Tasić led SC Derby to a thrilling overtime win against Zadar on their home court. SC Derby improved to a 6-8 season record fighting for a playoff spot. 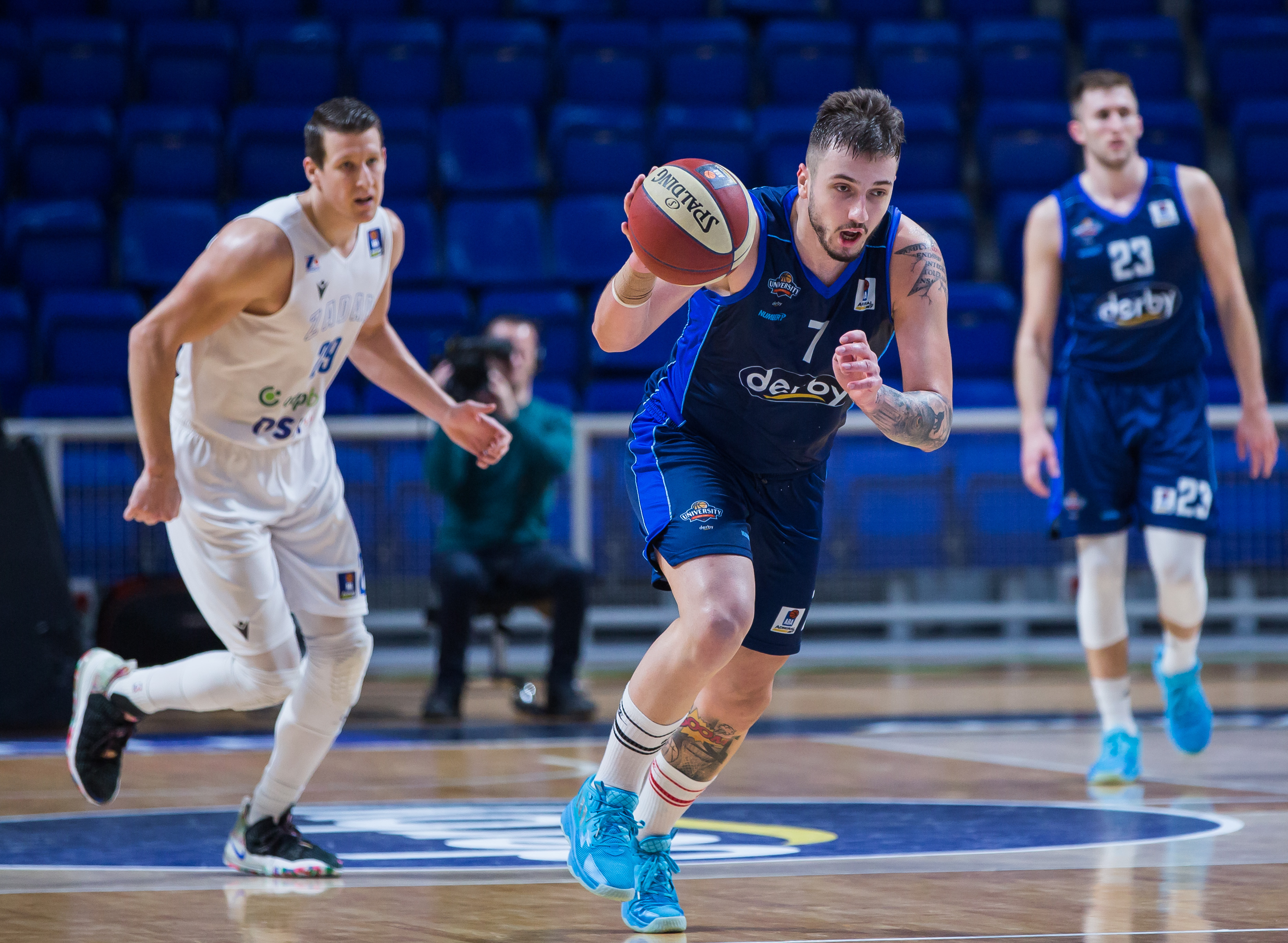 Game recap: Loren Jackson and Danilo Tasić led SC Derby to a thrilling overtime win against Zadar on their home court. SC Derby improved to a 6-8 season record fighting for a playoff spot, while Zadar remains in 6th place with a 7-7 record after 14 games.

This was a tight game throughout all 45 minutes, it started off in a high offensive rhythm with SC Derby holding a minimal 35:34 lead after the first quarter. Neither team could pull away by the half, they back to the locker rooms the same way it started, all tied up (51:51). Zadar opened up the half with an 8:1 run but the hosts managed to respond by outscoring Danijel Jusup's squad 20:8 until the end of the third quarter. Zadar managed to pull back to make for a thrilling finish, SC Derby held a 3-point lead in the final seconds when Antonio Jordano hit a clutch three to send the game to overtime.  In the overtime period, SC Derby controlled a minimal lead throughout most of the final five minutes and didn't allow Zadar to walk out of their home with a win.

Key moments: Zadar made an 8:0 run in the final quarter to make for an exciting finish to what was an already thrilling game. That run helped the visitors get to overtime but SC Derby was not going to let them walk away with the win.

Man of the match: Loren Jackson stepped up for SC Derby, scoring 32 points (19 points in the second half and overtime, grabbing 5 rebounds, and dishing out 5 assists for a 37 valuation rating.

Can't hide the stats: Turnovers were the major story tonight, SC Derby forced Zadar to turn the ball over 18 times and cost them throughout the game.

Click here for more match stats
Match: SC Derby - Zadar
Join thousands of ABA League fans in our digital community by liking us on Facebook, following us on Twitter or Instagram and subscribing to our YouTube channel.
If you like this and our other articles, make sure to sign up for the ABA League newsletter. You will be notified regarding all important news and updates on the ABA League via e-mail.
Social Media
Tweets by ABA_League