On the road in Belgrade, Budućnost VOLI have prevailed over FMP and stay comfortably seated in the Playoffs zone. 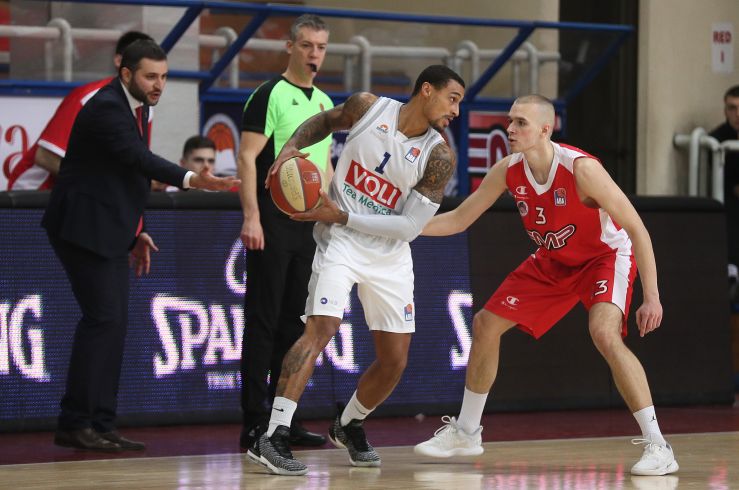 Game recap: In the last game of the ABA League Round 15, Budućnost VOLI have grabbed an important win on the road in Belgrade – they have beaten FMP. That means that the Podgorica squad will remain firmly seated in the Playoffs zone after 15 rounds with 10 wins on their record in the third place. On the other side, FMP will continue the season in the middle of the ABA League standings, with 6 triumphs on their record – three less than fourth placed Partizan NIS and two more than the last placed Krka.

Key moments: With less than 5 minutes remaining on the first half clock, Budućnost VOLI were still up by only 7 points (34:27), but then a 10:0 run followed by the visiting side over the next 3 minutes and they led by 17 (44:27). The hunt for two points was officially over.

Man of the match: Earl Clark was the most efficient player of Budućnost VOLI in the game against FMP. He led his team to the victory with 17 points, 5 rebounds, 3 assists, 1 steal, 1 block and a valuation of 24. He is our man of the match.

Can’t trick the stats: Budućnost VOLI have outrebounded FMP 36:25 and that is the reason of their victory this time around.