In the opening game of the ABA League Round 5, Koper Primorska have outplayed Krka in a local derby on the road in Novo mesto and have grabbed their already fourth win of the season. 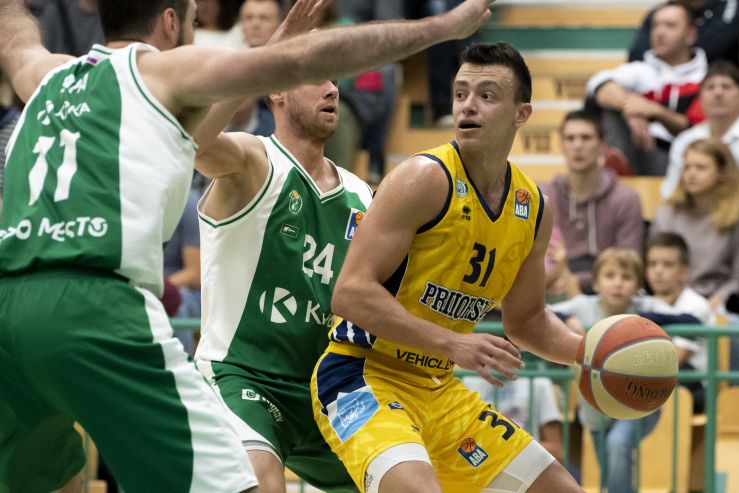 Game recap: Koper Primorska, the ABA League newcomers are not slowing down! After already coming away with a couple of huge triumphs this season, they have grabbed another road victory, by beating Krka in a local derby in Novo mesto… in a game, that they have been controlling all the way. After this game one thing is certain – the Tigers will continue the season in the Playoffs zone, as they now own four victories after five rounds and only two teams can still be above them in the standings after this round, but they still have their fifth round games to play. Krka, on the other hand, continue the season with two triumphs on their record after five rounds, in the middle of the standings.

Key moments: The reigning ABA League 2 champions and ABA League newcomers Koper Primorska did not want to allow any unpleasant surprises and have been fully motivated since the very opening of the match and have pulled away by 10 points after the opening quarter. They have continued grinding in the second quarter and raised their advantage to no less than 17 points by the big break. The battle for a pair of points was over.

Man of the match: Lance Christopher Harris shined for Koper Primorska on their way to another win, as he had 23 points (5/6 for 3), 3 rebounds, 2 assists and a valuation of 27 in only 25 minutes spent on court! He is our man of the match.

Can’t trick the stats: Koper Primorska have been shooting 3-pointers no less than 50% (11/22) and this is what made them shine so brightly this time.