Đorđe Lelić and Tadej Ferme scored 50 points combined for the away team! 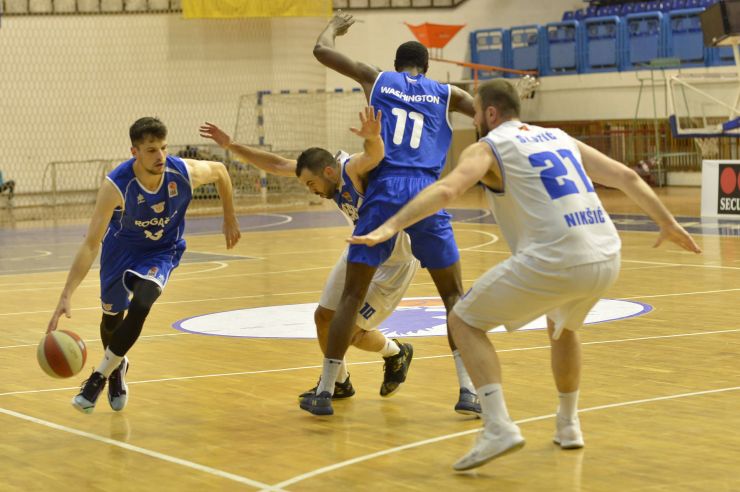 Sutjeska had a perfect score at home court before this round… But, then they ran into Rogaška deadly duo Đorđe Lelić - Tadej Ferme! These two players scored 25 points each this Wednesday evening in Nikšić and led Rogaška toward a big road win.

Lelić and Ferme scored key points for the away team late in the 4th quarter. Đorđe Lelić made the 3-pointer on 1 minute before the end of the game to increase the lead of the away team to 87:82. On the other side of the court Sutjeska point guard Nikola Pavlićević made both free throws to reduce the gap - 87:84, but then Tadej Ferme stepped up for Rogaška by making another 3-pointer and securing the win for his team – 90:84.

Sutjeska and Rogaška are now all tied at the standings with the overall score of 4-3.

Click here for more match stats
Match: Sutjeska - Rogaška
Join thousands of ABA League fans in our digital community by liking us on Facebook, following us on Twitter or Instagram and subscribing to our YouTube channel.
If you like this and our other articles, make sure to sign up for the ABA League newsletter. You will be notified regarding all important news and updates on the ABA League via e-mail.
Social Media
Tweets by ABA_League