The 25-year old point guard guided the Blue team toward a valuable win in Laktaši. 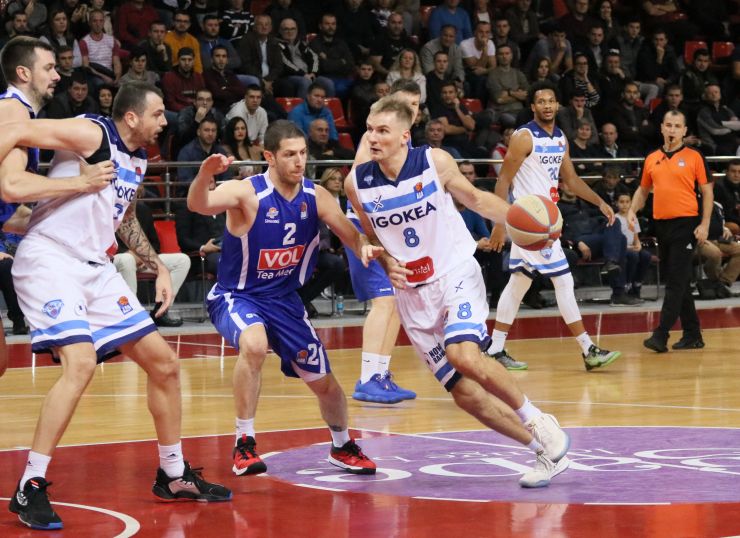 Game recap: Budućnost VOLI are coming back from a tough road game in Laktaši with a big win in their bags. The ABA League vice-champions defeated Igokea after a big battle down on the court, breaking the resistance of their hosts in the final 10 minuters. Budućnost VOLI won the 4th quarter by 24:14 and grabbed the precious win.

Budućnost VOLI now have the overall score of 6-1, while Igokea are at 1-6.

Key moments: As we wrote above, Budućnost VOLI gained the crucial lead in the 4th quarter. Nikola Ivanović made some big shots from downtown in this period, which helped the visiting side escape on a safe distance.

Man of the match: There is no doubt here. The man of the match award belongs to Budućnost VOLI point guard Nikola Ivanović! He scored 18 points, including the 3 three-pointers in the 4th quarter, while his overall index rating was 27.

Can’t trick the stats: The three-pointers made the difference this evening in Laktaši. Budućnost VOLI made 12 shots from downtown, while Igokea scored just 5.

Click here for more match stats
Match: Igokea m:tel - Budućnost VOLI
Join thousands of ABA League fans in our digital community by liking us on Facebook, following us on Twitter or Instagram and subscribing to our YouTube channel.
If you like this and our other articles, make sure to sign up for the ABA League newsletter. You will be notified regarding all important news and updates on the ABA League via e-mail.
Social Media
Tweets by ABA_League