Filip Bundović is Cibona’s hero of the Sunday night, as he scored the game-winning buzzer-beater to give his team the triumph over the Top 4 team Koper Primorska! 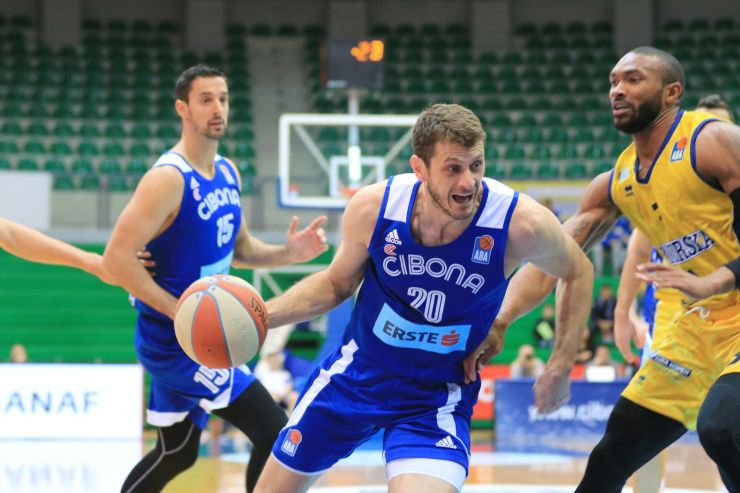 Game recap: Cibona are celebrating the ninth round win over Koper Primorska and just imagine the way they have done it. Not only have they beaten the Top 4 team at home court, but they have done it with a buzzer-beating bucket by Filip Bundović. This is the fourth win of the season for Cibona, which puts them in the middle of the standings after nine rounds played, while on the other side, Koper Primorska continue the season with six triumphs and they are sharing the third place with FMP and Partizan NIS.

Key moments: Just like mentioned before, it has remained anybody’s game literally until the final second. Everything seemed to be heading towards overtime, but then Filip Bundović took the ball into his hands, fired and… scored the buzzer-beating three-pointer, which made the Dražen Petrović Arena explode.

Man of the match: Ivan Novačić was phenomenal for Cibona, as he had 28 points, 6 rebounds, 1 assist and a valuation of 28 in just as many minutes spent on court. He is rightfully our man of the match.

Can’t trick the stats: Just as one could imagine while looking at the scoreboard, there weren’t any major differences between the two teams in terms of stats except… the fact that Cibona have scored their last shot and it meant everything in this game!

Click here for more match stats
Match: Cibona - Koper PrimorskaCibonaKoper Primorska
Join thousands of ABA League fans in our digital community by liking us on Facebook, following us on Twitter or Instagram and subscribing to our YouTube channel.
If you like this and our other articles, make sure to sign up for the ABA League newsletter. You will be notified regarding all important news and updates on the ABA League via e-mail.
Social Media
Tweets by ABA_League