Mornar have made another major  step toward the 2020 ABA League Playoffs. 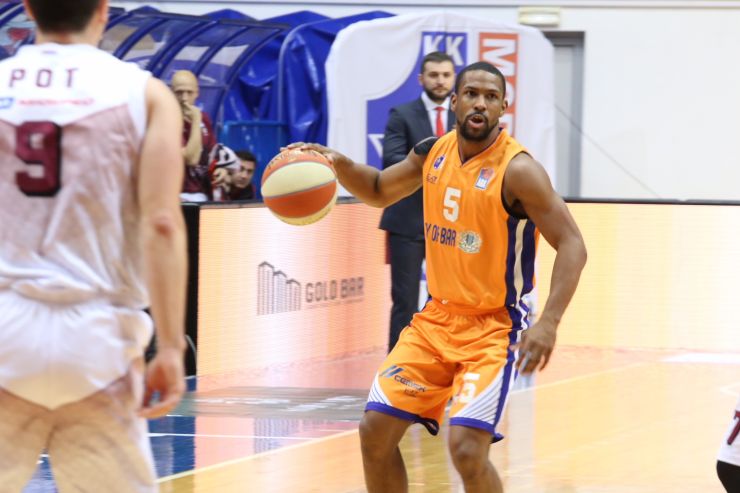 Game recap: Mornar have made a major step toward the 2020 ABA League Playoffs as they defeated FMP in this week’s match of the round. The hero of the home team was Antabia Waller who scored 4 three-pointers this evening, including the crucial one on 3 minutes before the end.

Key moments: Mornar have had the lead throughout most of the game, however FMP refused to surrender and the visitors managed to reduce the gap to just 1 point with 3 minutes left on the game clock – 79:78. Then, Antabia Waller stepped up for the home team. The American shooting guard scored 4 three-pointers this evening, while that last one came in the crucial moment, on 3 minutes before the end, when Waller increased the lead of Mornar to 82:78. After that FMP failed to score in several attempts and the home team kept their lead.

Man of the match: Although Derek Needham had the highest index rating this evening in the winning side, the Man of the match award simply has to go to the hands of Antabia Waller. He was the top scorer of Mornar and his final 3-pointer made the difference at the end.

Can’t trick the stats: After Antabia Waller made that key 3-pointer to increase the lead of Mornar to 82:78, FMP failed to score in 4 consecutive offensive plays. If the visitors have scored in any of those 4 plays they might had won the game.

Click here for more match stats
Match: Mornar-Barsko zlato - FMP Meridian
Join thousands of ABA League fans in our digital community by liking us on Facebook, following us on Twitter or Instagram and subscribing to our YouTube channel.
If you like this and our other articles, make sure to sign up for the ABA League newsletter. You will be notified regarding all important news and updates on the ABA League via e-mail.
Social Media
Tweets by ABA_League