Mega Soccerbet have prevailed over Zadar in the second round of the ABA League season at home in Ranko Žeravica Sports Hall in Belgrade and they remain undefeated. 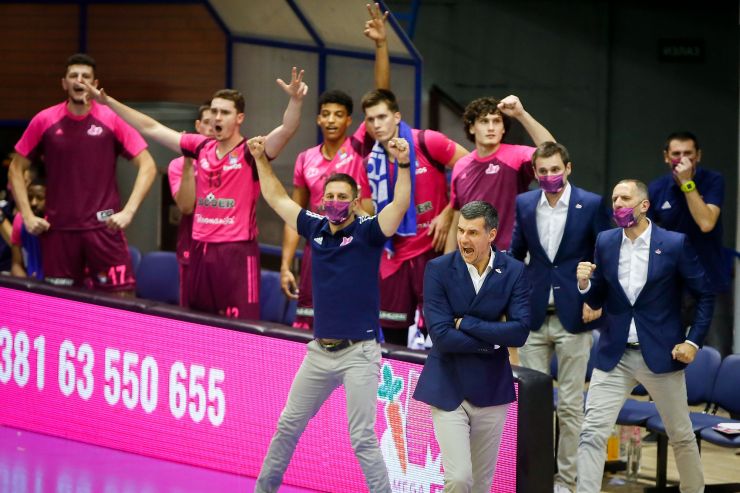 Game recap: Mega Soccerbet have prevailed over Zadar in the second round of the ABA League season at home in Ranko Žeravica Sports Hall in Belgrade and they remain undefeated. After beating Igokea on the road in Round 1, they have now outgunned the Dalmatian squad as well. The Zadar side have, on the other end, lost their second game in two rounds and so they will need to wait a bit longer for their first triumph of the season.

Key moments: With three and a half minutes left in the third quarter, Mega were still up by only a point (62:61), but that’s when their 13:3 run began, which lasted for nearly five minutes. With the score 74:64 and only 9 minutes left on the game clock, it became clear, that a comeback would be very difficult to achieve for Zadar. And they did not manage to do it until the very end.

Man of the match: Stefan Momirov had an exceptional performance at the Mega Soccerbet side, as he led the hosts to the win with 23 points, 5 assists, 3 rebounds and a valuation of 28 in 31 minutes spent on court. He is our man of the match!

Can’t trick the stats: Team performance was the one that pushed Mega Soccerbet to the win, as they had 29 assists and Zadar only 17.

Click here for more match stats
Match: Mega MIS - Zadar
Join thousands of ABA League fans in our digital community by liking us on Facebook, following us on Twitter or Instagram and subscribing to our YouTube channel.
If you like this and our other articles, make sure to sign up for the ABA League newsletter. You will be notified regarding all important news and updates on the ABA League via e-mail.
Social Media
Tweets by ABA_League