Krka have scored another very important road win in this season as they defeated Borac in Round 8 opener. 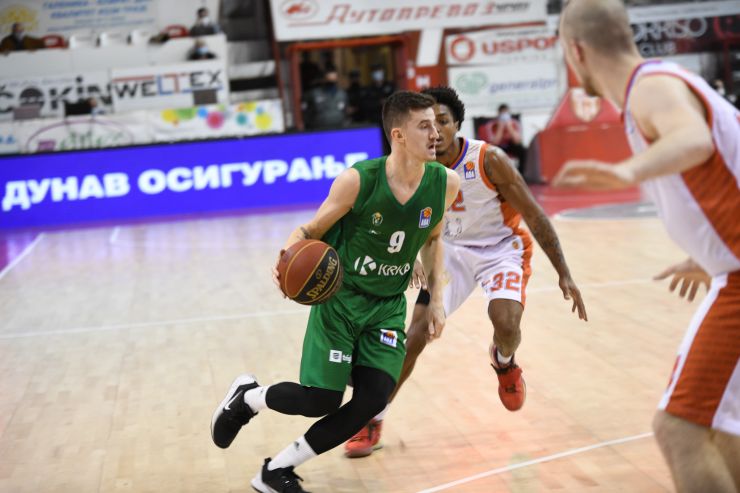 Story of the game: Krka have scored another very important road win in this season as they defeated Borac in Round 8 opener.

The boys from Novo mesto now have two wins in their season record and what is interesting to mention is that they scored both of them on the away courts. On October 19 they triumphed against Zadar on the road, while exactly one month later, today on November 19, they defeated Borac in Čačak.

Krka now have the overall score of 2-6, while Borac dropped to 1-6. Recall that the league newcomers from Čačak triumphed in the first round of the new season when they defeated Partizan NIS in Belgrade, while then they suffered six consecutive defeats.

Key moments: Krka have been in front almost the entire game, however the two sides have entered the final minute all tied at 86:86. Then Krka's best player from tonight's game Jure Škifić made a very important 2-pointer to put his team in front once again – 88:86, while on the other side of the court Borac point guard Bryce Jones missed the 3-pointer.

There were still 30 seconds left on the game clock and Krka had the ball-possession. Nejc Barič pulled up for a 3-pointer, he missed the shot, but Krka’s captain Luka Lapornik made the key offensive rebound which decided the winner of this match. After that Lapornik made both free throws to seal the win for the green troops – 90:86.

Man of the match: Jure Škifić scored his ABA League career-high 28 points this evening, with just unreal FG percentage of 85%. He was 8/9 for 2 points and 4/5 for 3 points, while his overall index rating was 27. And yes, he scored that very important 2-pointer in the final minute.

Can't trick the stats: Krka made 9 rebounds more than Borac, while on top of that they were shooting 71.4% for 2 points (20/28). This was simply their night.

Click here for more match stats
Match: Borac - Krka
Join thousands of ABA League fans in our digital community by liking us on Facebook, following us on Twitter or Instagram and subscribing to our YouTube channel.
If you like this and our other articles, make sure to sign up for the ABA League newsletter. You will be notified regarding all important news and updates on the ABA League via e-mail.
Social Media
Tweets by ABA_League