Cibona have defeated FMP at home court in Round 9 opener. 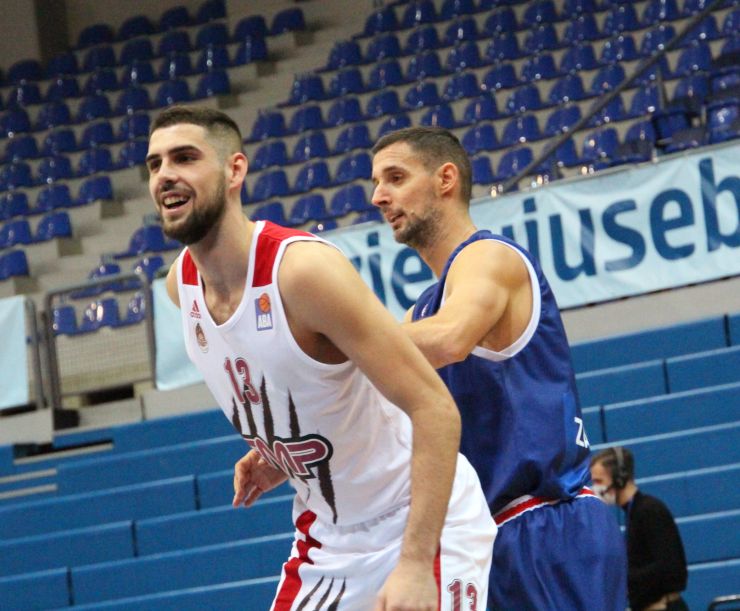 Game recap: Cibona prevailed over FMP in Round 9 opener and have therefore scored their 3rd win in the 2020/21 ABA League regular season. The Wolves were extremely good offensively this night as they scored 93 points, including 14 three-pointers. And they had Ivan Novačić on their side, who was simply unstoppable this evening in Zagreb. Novačić scored half of those Cibona’s 14 three-pointers, while he tied his ABA League career-high of 28 points.

On the other side, this was the first game for FMP in more than a month and it is obvious that this team still needs time to get back into the right rhythm.

Key moments: Cibona were up by 4 points – 75:71, with six-and-a-half minutes left on the game clock. And in the following two minutes, the home side made a mini run of 6:1, which put them on a safe distance in crucial part of the match – 81:72.

Man of the match: Ivan Novačić will definitely remember this night for a long time. He managed to tie his ABA League career-high 28 points, while he made a career-high 7 three-pointers in a single game. He finished the match with the overall index rating of 27.

Can’t trick the stats: It was Ivan Novačić who made the difference today. Whenever Cibona needed points, he was there to make a 3-pointer. In the decisive 4th quarter, he scored 10 points for his team.

Click here for more match stats
Match: Cibona - FMP
Join thousands of ABA League fans in our digital community by liking us on Facebook, following us on Twitter or Instagram and subscribing to our YouTube channel.
If you like this and our other articles, make sure to sign up for the ABA League newsletter. You will be notified regarding all important news and updates on the ABA League via e-mail.
Social Media
Tweets by ABA_League