Igokea have prevailed over Borac in a thrilling match in Laktaši. The hero of the day was Edin Atić who made the game-winning block in the final seconds of the 4th quarter. 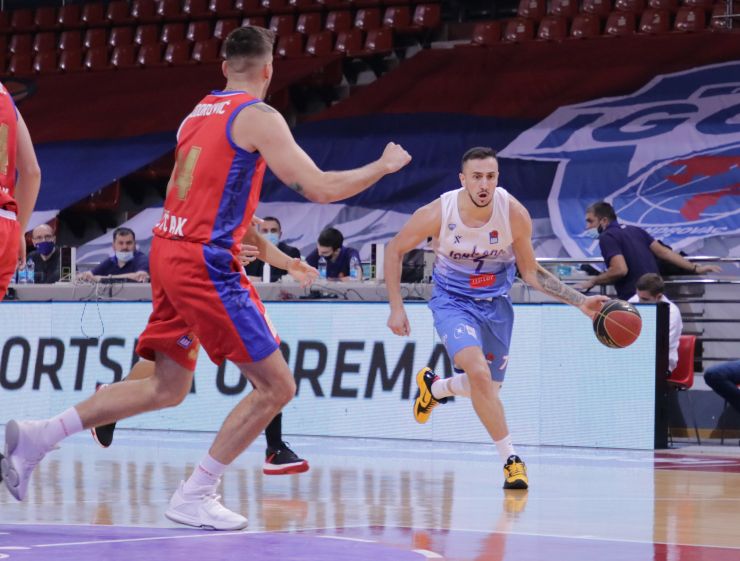 Game recap: We had two games in ABA League this Saturday evening and both of them were true thrillers. One of them was played in Laktaši, where Igokea prevailed over Borac after a super exciting finish. The hero of the day was Edin Atić who made the game-winning block in the final seconds of the 4th quarter.

Key moments: The two sides were all tied at 71:71, with just 30 seconds left on the game clock. Igokea had the ball-possession and they called a play for Nikola Jovanović on the low post. And, it was a good call as Jovanović made the 2-pointer to put Igokea in front – 73:71.

Borac had 19 seconds to win this game or take it to overtime. Their point guard Bryce Jones went for a drive, but his lay-up was not good. Still, Borac power forward Anthony Smith made the offensive rebound and he had enough time to make the shot and possibly tie the score. However, just when the ball left his hands, Igokea’s forward Edin Atić came out of nowhere to block the shot and bring a huge win for his team.

Man of the match: Nikola Jovanović has played one of his best games since joining Igokea last summer. He scored 16 points, including that 2-pointer late in the 4th quarter, which gave his team the crucial lead. Jovanović also made 8 rebounds, while his overall index rating was 21.

Click here for more match stats
Match: Igokea - Borac
Join thousands of ABA League fans in our digital community by liking us on Facebook, following us on Twitter or Instagram and subscribing to our YouTube channel.
If you like this and our other articles, make sure to sign up for the ABA League newsletter. You will be notified regarding all important news and updates on the ABA League via e-mail.
Social Media
Tweets by ABA_League