Mornar prevailed over FMP after a big battle in Sports Center Topolica. 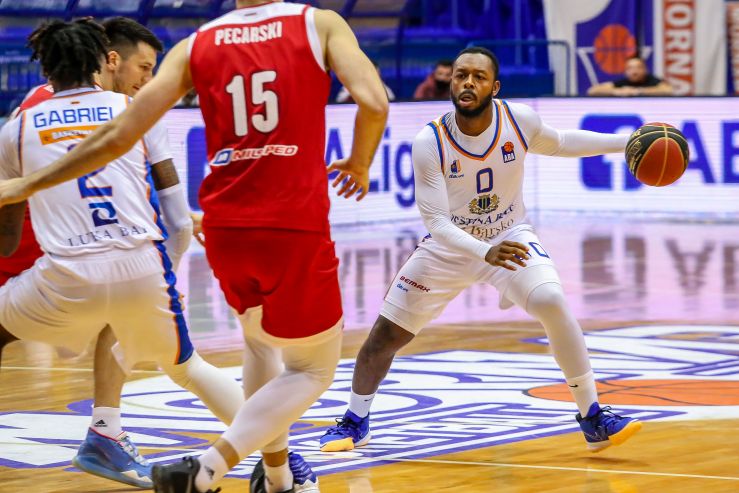 Game recap: Mornar have scored their 8th win in the 2020/21 ABA League regular season after beating FMP at home court. Although the final score suggest that this was a comfortable win for the home side, this was actually a very close game and it could have gone either way. At the end, Mornar increased the pace in the 4th quarter and used some of FMP’s mistakes to win this big battle.

Key moments: The two sides were all tied – 68:68, with seven-and-a-half minutes left on the game clock. And it was the moment when Mornar started their key run in this match. In the following 4 minutes, Mornar made a 10:0 run to gain a double-digit lead – 78:68, and the home side had no problems staying in front in the rest of the match.

Man of the match: Jacob Pullen is now the 2nd best scorer of the 2020/21 ABA League regular season! Mornar’s star player has put up another amazing performance as he scored 29 points in the match against FMP and he led his team toward this valuable win. Pullen also made 5 assists and 3 rebounds, while his overall index rating was 32.

Can’t trick the stats: FMP simply made too many mistakes in the final quarter. The missed several three-pointers in the crucial part of this game, while on top of that they also had 18 turnovers this evening.

Click here for more match stats
Match: Mornar-Barsko zlato - FMP Meridian
Join thousands of ABA League fans in our digital community by liking us on Facebook, following us on Twitter or Instagram and subscribing to our YouTube channel.
If you like this and our other articles, make sure to sign up for the ABA League newsletter. You will be notified regarding all important news and updates on the ABA League via e-mail.
Social Media
Tweets by ABA_League