In the delayed game of the ABA League Round 6, FMP have beaten Cedevita Olimpija at home in Belgrade and have written down their 3rd win of the season. 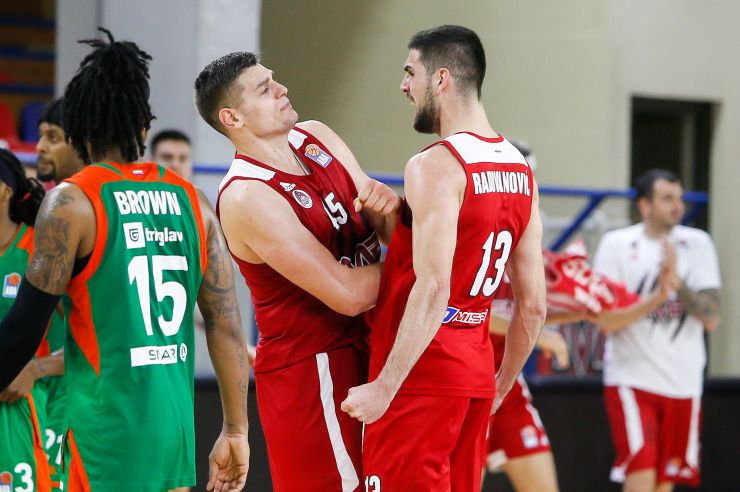 Game recap: In the delayed game of the ABA League Round 6, FMP have beaten Cedevita Olimpija at home in Belgrade and have written down their 3rd win of the season. It has been an exciting, close game of excellent defenses and no worse offenses where the Panthers have eventually prevailed and grabbed a valuable win which puts them a bit away from the danger zone near the bottom of the ABA League standings. On the other side, Cedevita Olimpija have suffered their 3rd defeat this season and alongside 6 victories they continue their battle to reach the ABA League Playoffs.

Key moments: The game remained close until literally the final seconds. With half a minute left, Cedevita Olimpija were still in front 85:86, but then Stefan Đorđević put his team ahead 87:86 with a layup. On the other end, Filip Čović came up with what we might even characterize as the crucial steal, after which he took advantage of both free throws on the other end. After Jaka Blažič did the same on the other side, his team did not manage to play great on the defense and prevent FMP to make a successful inbound pass. It resulted in an easy lay-up for who else but Stefan Đorđević again and in the final attempt, Jaka Blažič missed a half-court shot for the overtime. The game was over and FMP celebrated.

Man of the match: Marko Radovanović had a terrific performance for FMP, as he scored 28 points, while adding 12 rebounds, 3 assists, 1 steal and a valuation of 39 to his stats. He is rightfully our man of the match.

Can’t trick the stats: FMP were simply fantastic from the perimeter, as they have been shooting 3-pointers 44% (11/25) all game long. This turned the flow of the game their way in the end.

Click here for more match stats
Match: FMP - Cedevita Olimpija
Join thousands of ABA League fans in our digital community by liking us on Facebook, following us on Twitter or Instagram and subscribing to our YouTube channel.
If you like this and our other articles, make sure to sign up for the ABA League newsletter. You will be notified regarding all important news and updates on the ABA League via e-mail.
Social Media
Tweets by ABA_League