For the end of their ABA League campaign for this season, Cedevita Olimpija have prevailed over Mega Soccerbet at home in Stožice Arena in Ljubljana. 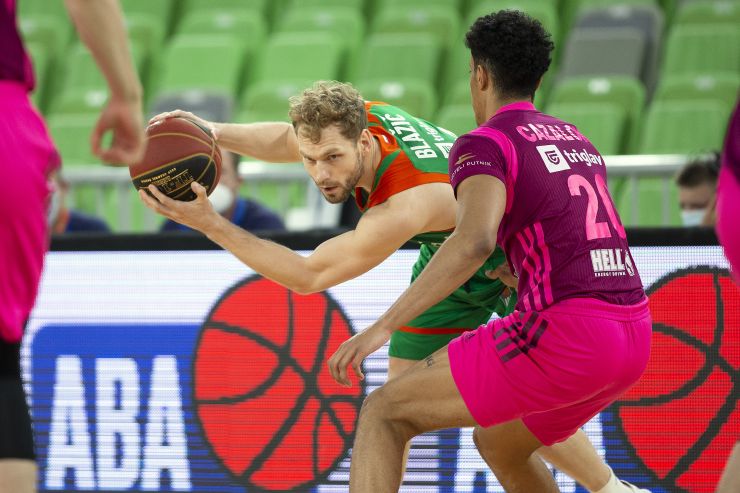 Game recap: For the end of their ABA League campaign for this season, Cedevita Olimpija have prevailed over Mega Soccerbet at home in Stožice Arena in Ljubljana. Unfortunately for the Dragons, this win did not help them to qualify for the Playoffs, as they needed the victory by Igokea over Mornar to achieve the top four, but Igokea failed to do so. Therefore, Cedevita Olimpija finished their ABA League season with an 18:8 record on 5th place in the standings, while on the other end, Mega Soccerbet have finished 6th with the record of 14:12.

Key moments: The visiting side were the ones to start the game in a better fashion, as they have been up by 11 points after the first quarter and the halftime as well. However, Cedevita Olimpija, thanks to the amazing scoring run by captain Jaka Blažič (he scored 8 consecutive points for the Dragons between 27th and 29th minute), have tied the game by the end of the third quarter and in the final one, they managed, step-by-step, to turn the game upside down completely, all until the final score of 85:79.

Man of the match: Jaka Blažič shined for Cedeita Olimpija this time, as he had 30 points, 7 rebounds, just ass many assists, 1 steal and a valuation of 38. He is our man of the match!

Can’t trick the stats: Mega Soccerbet had 14 turnovers and Cedevita Olimpija only 8. That’s what turned out to be the decisive statistical category in the end.

Click here for more match stats
Match: Cedevita Olimpija - Mega Soccerbet
Join thousands of ABA League fans in our digital community by liking us on Facebook, following us on Twitter or Instagram and subscribing to our YouTube channel.
If you like this and our other articles, make sure to sign up for the ABA League newsletter. You will be notified regarding all important news and updates on the ABA League via e-mail.
Social Media
Tweets by ABA_League