Crvena zvezda mts have qualified for the 2021 ABA League Finals as they defeated Igokea in Belgrade in decisive Game 3 of this semi-final series. 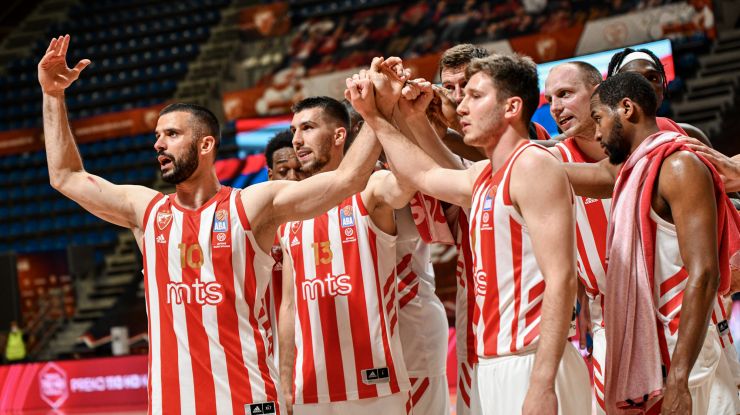 Game recap: Crvena zvezda mts have qualified for the 2021 ABA League Finals as they defeated Igokea in Belgrade in decisive Game 3 of this semi-final series. In another thrilling clash between these two teams, Crvena zvezda mts have managed to win the battle thanks to their outstanding defensive performance in the 4th quarter in which they let Igokea score just 2 points.

Crvena zvezda mts will therefore play in the ABA League Finals for the 7th time in club’s history, while this is the 6th consecutive time for the red-and-whites to reach the final stage of the competition. On the other side, Igokea have finished their historic season in which they advanced to the ABA League Playoffs for the 1st time ever.

Key moments: Crvena zvezda mts had just a 6-point lead ahead of the 4th quarter – 57:51 and at that moment it looked like that we will watch a real thriller in the final 10 minutes, especially because Igokea have managed to reduce an 18-point deficit from the 2nd quarter. However, the last quarter of this match was completely one-sided. Crvena zvezda mts scored 19 points in the 4th period, while on the other side Igokea made just 2 points.

Man of the match: Dejan Davidovac! It is hard to explain how this player manages to shine every time his team needs him the most. Davidovac has once again stepped up for Crvena zvezda mts in key moments as he scored 8 points early in the 4th quarter to push the red-and-whites toward the win. Davidovac finished the match with 22 points and 8 rebounds, while his overall index rating was 33.

Can’t trick the stats: Igokea scored just 4 three-pointers for the entire match, while they made only 53 points in total tonight. When you add that they scored just 2 points in the most important quarter for them in this season, you see the reason why they lost this game. Simply, Igokea’s troops were not good offensively this evening in Belgrade.

Click here for more match stats
Match: Crvena zvezda mts - Igokea m:tel
Join thousands of ABA League fans in our digital community by liking us on Facebook, following us on Twitter or Instagram and subscribing to our YouTube channel.
If you like this and our other articles, make sure to sign up for the ABA League newsletter. You will be notified regarding all important news and updates on the ABA League via e-mail.
Social Media
Tweets by ABA_League