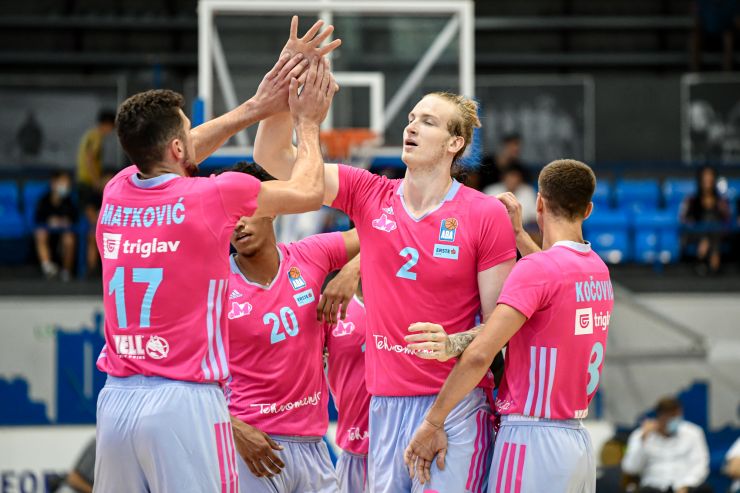 Game recap: In the opening game of the Sunday’s AdmiralBet ABA League programme, Mega Basket have outplayed SC Derby in their home Ranko Žeravica Sports Hall. The game remained close for just a quarter, and afterwards the fans have witnessed a one-way traffic, which revealed that SC Derby still have plenty of work to be done for them to battle for accomplishment of their goals, which for sure are avoiding relegation back to the ABA League 2. On the other side, Mega Basket have lots of reasons to be optimistic about their 2021/22 season episode, should they continue to play in the same fashion as in the opening clash of the season.

It’s worth mentioning, that Mega Basket have achieved 34 team assists during the game against SC Derby, by which they have tied the all-time AdmiralBet ABA League single game assists record achieved by any team, previously held alone by Crvena zvezda mts from the game against Bosna Sarajevo from the 2002/03 season.

Key moments: After a 2-point lead after the opening quarter, Mega Basket opened the second one with a 12:0 run and pulled away to 14-point lead (35:21). That was the point from which there was no return for SC Derby into the battle for the win.

Man of the match: Malcolm Cazalon led his team to the win with excellent performance, gathering 17 points, 4 assists, 3 rebounds, 3 blocks, 1 steal and a valuation of 26. He is our man of the match.

Can’t trick the stats: Mega Basket have been better than their opponents in almost every statistical category, but they especially stood out in passing, as mentioned before, as they had 34 team assists and SC Derby only 13. That’s what made the major difference between the two sides this time around.

Click here for more match stats
Match: Mega Mozzart - SC Derby
Join thousands of ABA League fans in our digital community by liking us on Facebook, following us on Twitter or Instagram and subscribing to our YouTube channel.
If you like this and our other articles, make sure to sign up for the ABA League newsletter. You will be notified regarding all important news and updates on the ABA League via e-mail.
Social Media
Tweets by ABA_League