In the only game of the Sunday schedule in the AdmiralBet ABA League, Cedevita Olimpija have prevailed over Borac on the road in Čačak. 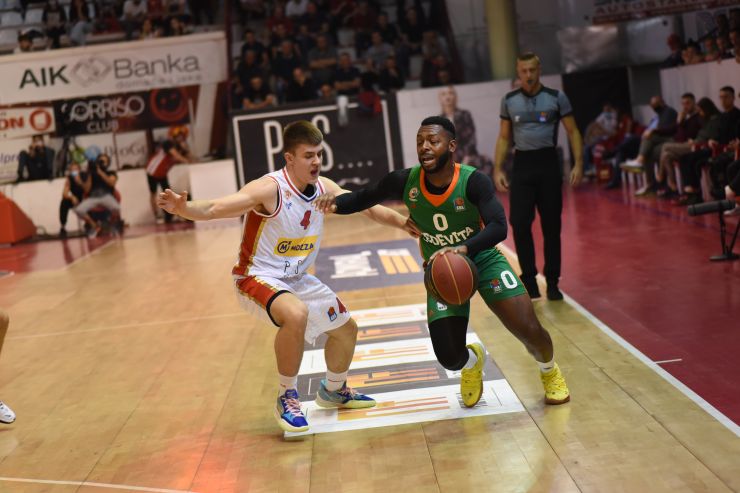 Game recap: In the only game of the Sunday schedule in the AdmiralBet ABA League, Cedevita Olimpija have prevailed over Borac on the road in Čačak. The Dragons have really been the better of the two opponents throughout the game and have deservedly grabbed their second win of the season. This puts them atop of the AdmiralBet ABA League standings after two rounds, quite the opposite of Borac, that are still waiting for their firs triumph in the 2021/22 season.

Key moments: With 4 minutes left in the game, the teams have still been tied at the score of 9:9. That’s when a 13:2 run by Cedevita Olimpija began, that lasted for 5 minutes and the visiting side were up 22:11 in the 9th minute of the game. As it turned out later, there was no way of a comeback for the hosts anymore until the end of the game.

Man of the match: Jacob Pullen had a terrific game for Cedevita Olimpija, as he led the Dragons to the win in the end with 23 points, 6 rebounds, 3 assists, and a valuation of 27. He is rightfully our man of the match.

Can’t trick the stats: Field goals, rebounds, assists… you name it. Cedevita Olimpija prevailed over Borac in many statistical categories and it comes as no surprise that they took the convincing win in the end.

Click here for more match stats
Match: Borac Mozzart - Cedevita Olimpija
Join thousands of ABA League fans in our digital community by liking us on Facebook, following us on Twitter or Instagram and subscribing to our YouTube channel.
If you like this and our other articles, make sure to sign up for the ABA League newsletter. You will be notified regarding all important news and updates on the ABA League via e-mail.
Social Media
Tweets by ABA_League