Igokea have returned on the winning track as they defeated Split in Laktaši in the opening game of Round 5. 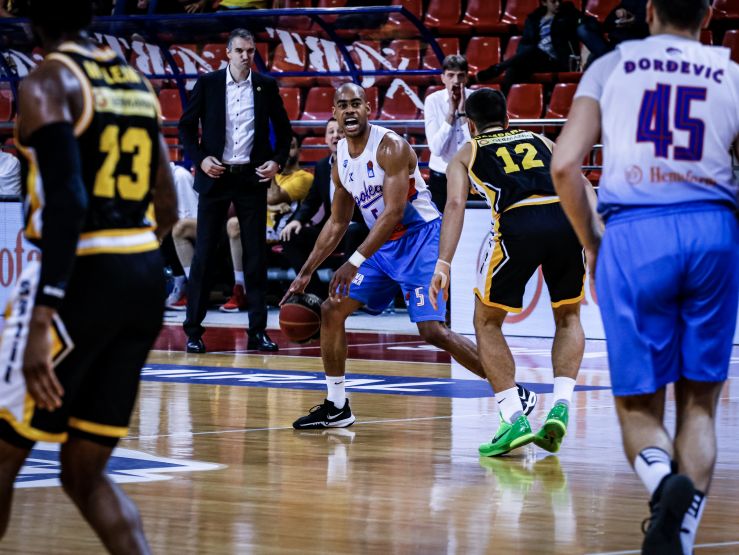 Game recap: Igokea have returned on the winning track as they defeated Split in Laktaši in the opening game of Round 5. The boys from Laktaši had a bit of a slow start in this match, but they have managed to take over the lead until the halftime – 40:35. And then, the home team started dominating the court. Igokea conceded just 13 points in the 3rd quarter as they escaped on a double-digit lead – 64:48, while in the rest of the match they had no problems staying in front.

It must also be mentioned that Split played this game without their two key players – Roko Leni Ukić and Karlo Žganec.

Key moments: Igokea gained the crucial lead during the 3rd quarter as they won that period by 24:13, while they definitely sealed their win in the opening 5 minutes of the 4th period in which they extended the gap to 20+ points.

Man of the match: Dalibor Ilić and Aleksa Radanov had the highest index rating in the winning team as both of them finished this match with 20 index points. Ilić was Igokea’s top scorer with 15 points, while Radanov made an all-around performance with 5 points, 9 rebounds and 6 assists.

Can't trick the stats: Igokea were just a lot better than Split in all key game elements. The home team made 16 rebounds and 14 assists more than their opponents tonight.

Click here for more match stats
Match: Igokea m:tel - Split
Join thousands of ABA League fans in our digital community by liking us on Facebook, following us on Twitter or Instagram and subscribing to our YouTube channel.
If you like this and our other articles, make sure to sign up for the ABA League newsletter. You will be notified regarding all important news and updates on the ABA League via e-mail.
Social Media
Tweets by ABA_League