In the AdmiralBet ABA League Round 8, Igokea have prevailed over Mega Mozzart at home in Laktaši Sports Hall and grabbed their fourth win of the season. 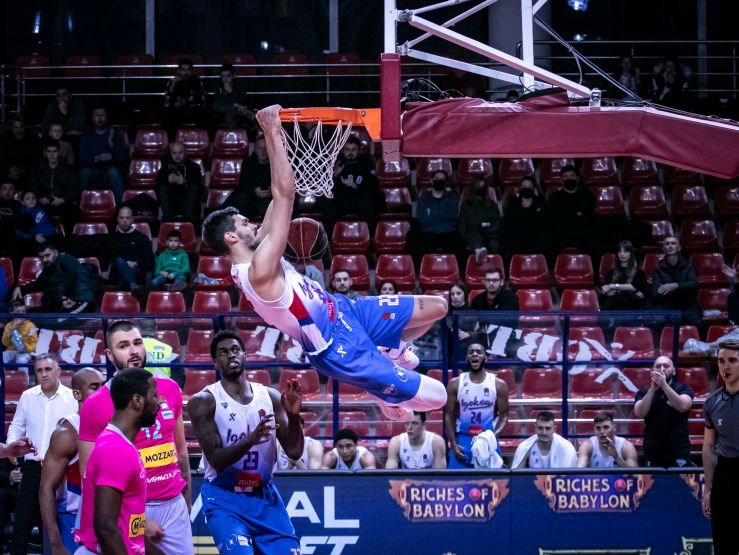 Game recap: In the AdmiralBet ABA League Round 8, Igokea have prevailed over Mega Mozzart at home in Laktaši Sports Hall and grabbed their fourth win of the season. With their fourth triumph of the 2021/22 AdmiralBet ABA League season, Igokea are  now on a 4:4 record, which keeps them just below the Playoffs zone, which is still just a win away. On the other side, Mega Mozzart are now on a 3:5 record in the tenth place in the standings after 8 rounds of the season.

Key moments: Just a few seconds before the end of the opening quarter, the two squads have been still tied at 15:15, but that’s when Darko Talić stepped up for Igokea to beat the buzzer, with a three-pointer for the 18:15 lead after the end of the first period. In the second part of the game, the hosts kept gradually increasing their lead and were up by 8 points… just a few seconds before the end of the second quarter, when… Markel Starks stepped up for them to beat the halftime buzzer and take his team to the big break with a double-digit advantage (42:32). As it turned out later in the game, this was crucial for its outcome, as the hosts just did not manage to come up with a comeback in the second half.

Man of the match: It has been Dalibor Ilić, who was the key figure of Dragan Bajić’s squad on their way to the win. He finished the game with 22 points, 8 rebounds, 1 steal, 1 block and a valuation of 30 on his record. Therefore, he is rightfully named our man of the match!

Can’t trick the stats: The two squads have been similar in many statistical categories, but Igokea really stood out this time for the way they have been playing as a team. They had 24 assists and Mega Mozzart only 12. This in the end turned out to be crucial for the later outcome of the clash.

Click here for more match stats
Match: Igokea m:tel - Mega MIS
Join thousands of ABA League fans in our digital community by liking us on Facebook, following us on Twitter or Instagram and subscribing to our YouTube channel.
If you like this and our other articles, make sure to sign up for the ABA League newsletter. You will be notified regarding all important news and updates on the ABA League via e-mail.
Social Media
Tweets by ABA_League