Borac Banja Luka kept their perfect score in the 2021/22 ABA League 2 regular season as they beat  Mladost MaxBet in a very exciting game. 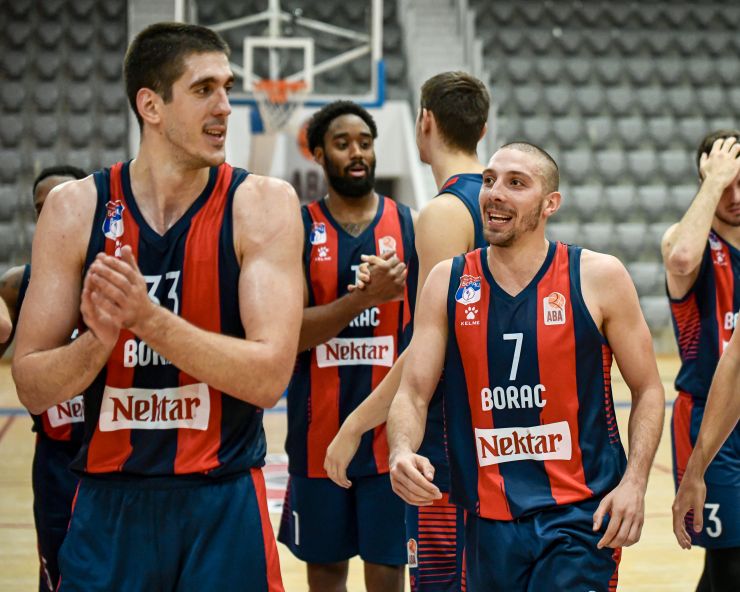 Borac Banja Luka kept their perfect score in the 2021/22 ABA League 2 regular season as they beat  Mladost MaxBet in a very exciting game.

Borac Banja Luka made a fantastic offensive performance in the first half in which they scored 64 points and gained a 21-point lead – 64:43. Still, this game was far from over. Mladost MaxBet bounced back on their feet in the 2nd half as they started melting the gap rapidly. The Belgrade team have reduced Borac’s lead to 11 points until the end of the 3rd quarter – 76:65, while they continued to push forward in the 4th quarter and they eventually came just 3 points behind their opponents – 89:86.

With 20 seconds left on the game clock, Borac Banja Luka player Aljoša Janković had 2 free throws, but he missed both of them! Luckily for Borac, Đorđe Pažin made the key offensive rebound after which he got fouled and he made one free throw to seal the win for his team.

Draško Knežević was by far the best player in the winning team as he scored 27 points, including one long-range 3-pointer that came late in the 4th quarter and that was very important for Borac Banja Luka. On the other side, Round 3 MVP Otis Livingstone scored 31 points for Mladost MaxBet.

Click here for more match stats
Match: Mladost MaxBet - Borac Banja Luka
Join thousands of ABA League fans in our digital community by liking us on Facebook, following us on Twitter or Instagram and subscribing to our YouTube channel.
If you like this and our other articles, make sure to sign up for the ABA League newsletter. You will be notified regarding all important news and updates on the ABA League via e-mail.
Social Media
Tweets by ABA_League