In the Round 6 of the ABA League 2 season, Helios Suns have claimed their fourth win of the season by prevailing over Vojvodina. 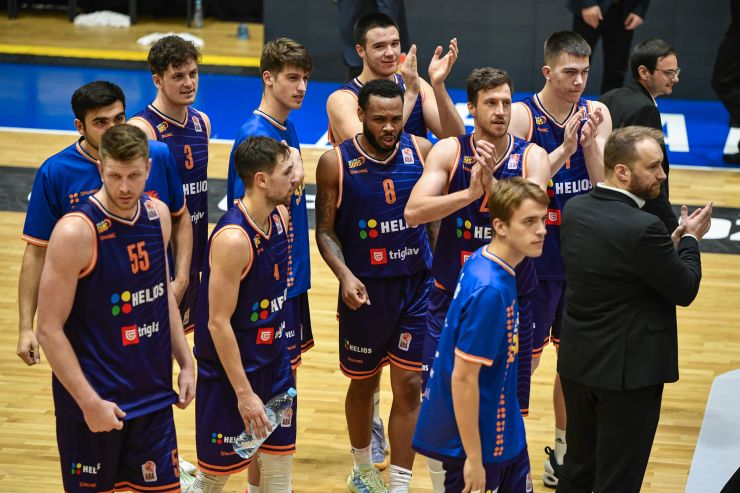 In the Round 6 of the ABA League 2 season, Helios Suns have claimed their fourth win of the season by prevailing over Vojvodina.

It has been a game, which could have gone either way, but where the side of Domžale have been in front throughout the 40 minutes of the playing time. They led by a point after the opening quarter, by 4 points at halftime and by 5 heading into the final quarter.

In the latter, they managed to hang on to their advantage even though Vojvodina took the game into a thrilling finish and celebrate a 77:76 win in the end.

This is the fourth win of Helios Suns this season, which puts them just below the top with 4:2 record. Vojvodina, on the other side, continue their season in the Playoffs zone as well, with a 3:3 record after 6 rounds played.

Click here for more match stats
Match: Helios Suns - Vojvodina
Join thousands of ABA League fans in our digital community by liking us on Facebook, following us on Twitter or Instagram and subscribing to our YouTube channel.
If you like this and our other articles, make sure to sign up for the ABA League newsletter. You will be notified regarding all important news and updates on the ABA League via e-mail.
Social Media
Tweets by ABA_League