The Blue troops defeated Mega Bemax in Round 16 of the 2019/20 ABA League regular season. 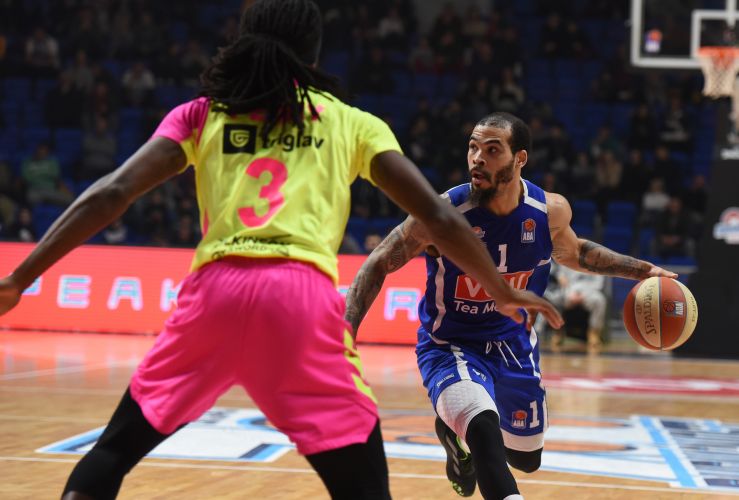 Game recap: It was far from a walk in the park for the ABA League vice-champions, but they eventually managed to seize a very valuable home-court win. Budućnost VOLI prevailed over Mega Bemax in Podgorica in Round 16 of the 2019/20 ABA League regular season, therefore staying at the 2nd position on the standings with just 1 win behind the leader – Partizan NIS. On the other side, despite making a very good performance on a tough away court in Podgorica, Mega Bemax have suffered their 5th defeat in the last 6 games and have therefore stayed at the bottom of the standings.

Key moments: Mega Bemax have been in front throughout the whole 1st half, while they also had the lead at the end of the 3rd quarter – 64:62. However, then they just stopped. Budućnost VOLI stormed past Mega Bemax in the 4th quarter, winning that period by 28:12 and securing the win.

Man of the match: Justin Cobbs was all over the court in today’s match. He scored 24 points, while he also had 5 rebounds and 7 assists, which have all brought him the overall valuation of 33. And together with Hassan Martin he turned on the team’s engines in the 4th quarter, helping the home side to seize the win.

Can’t trick the stats: Like so many times in this season Mega Bemax gameplay just fell apart in the last quarter. Just couple of weeks ago they conceded 40 points by Zadar in the last 10 minutes, while today they let Budućnost VOLI score 28 points in the last period. No need to tell you that they lost both of those games.

Click here for more match stats
Match: Budućnost VOLI - Mega Mozzart
Join thousands of ABA League fans in our digital community by liking us on Facebook, following us on Twitter or Instagram and subscribing to our YouTube channel.
If you like this and our other articles, make sure to sign up for the ABA League newsletter. You will be notified regarding all important news and updates on the ABA League via e-mail.
Social Media
Tweets by ABA_League