Budućnost VOLI have defeated their local rivals Mornar in another thrilling clash between these two teams. 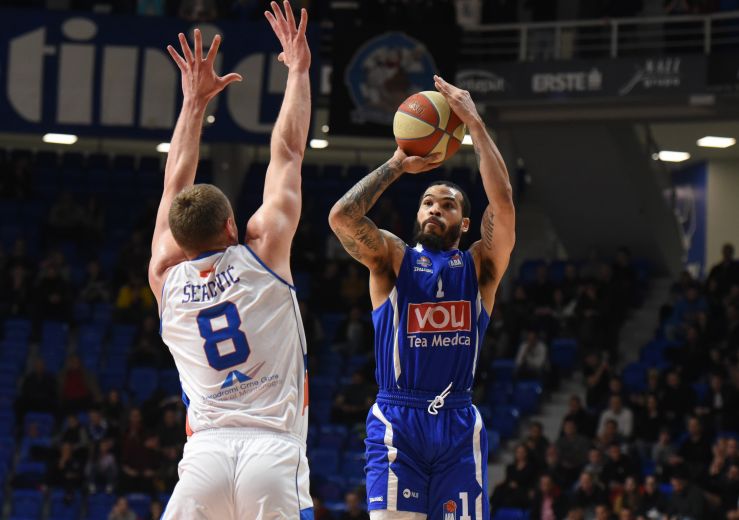 Game recap: Budućnost VOLI have remained in the race for the 1st place in the 2019/20 ABA League regular season as they defeated Mornar in Podgorica in the last match of Round 20. The Blue troops were just brilliant in the 1st half in which they gained a 19-point lead, however they almost dropped everything in the 4th quarter in which Mornar came very close of completing a miraculous comeback.

Still, Budućnost VOLI have managed to whitstand the big pressure coming from the visitors and to stay in front until the end.

Key moments: Budućnost VOLI were up by 49:30 at the halftime, while their biggest lead came early in the 3rd quarter when they increased the margin to 22 points – 52:30. At that moment it looked like that everything was over and that the home side would pick up an easy win, however that's when Mornar started their incredible run. The visitors have reduced the gap to just 7 points until the end of the 3rd quarter – 70:63, while they came even closer of completing this incredible comeback in the middle of the 4th quarter when the score was 77:74 for Budućnost VOLI.

Still, Budućnost VOLI managed to push back Mornar offensive in the key moment. The home team made the crucial 7:0 run to regain a double-digit lead – 84:74, while after that they had no troubles keeping the lead until the end.

Man of the match: Justin Cobbs was once again the true leader of Budućnost VOLI down on the court. The American point guard scored 20 points tonight, while he also had 10 assists. His overall index rating was 33.

Can’t trick the stats: Two players made the difference tonight. Those are Justin Cobbs and Hassan Martin who scored 41 points combined for Budućnost VOLI.

Click here for more match stats
Match: Budućnost VOLI - Mornar-Barsko zlato
Join thousands of ABA League fans in our digital community by liking us on Facebook, following us on Twitter or Instagram and subscribing to our YouTube channel.
If you like this and our other articles, make sure to sign up for the ABA League newsletter. You will be notified regarding all important news and updates on the ABA League via e-mail.
Social Media
Tweets by ABA_League