For the second time in just a few weeks, Crvena zvezda mts will be hosting Igokea at home in Aleksandar Nikolić Sports Hall in Belgrade. 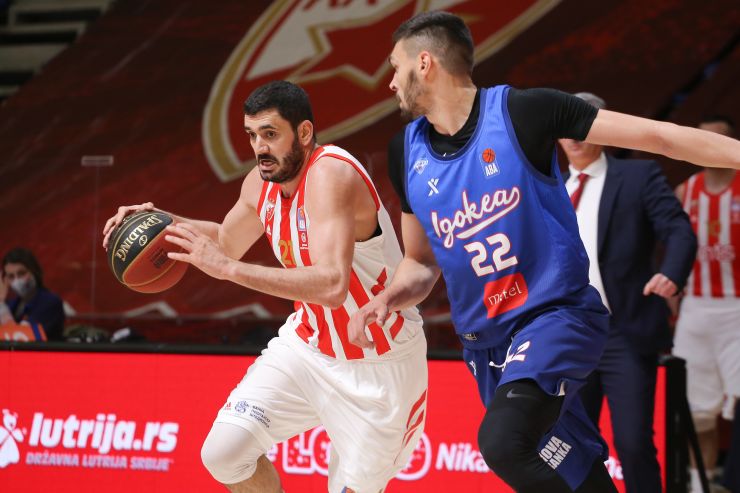 Story of the game: For the second time in just a few weeks, Crvena zvezda mts will be hosting Igokea at home in Aleksandar Nikolić Sports Hall in Belgrade.

The question ahead of the big game is whether the red and white can beat the visitors of Laktaši for the second time in a very short period of time, or will Igokea come up with the big revenge and grab the break in the series.

This season, the squads have beaten each other once and no we have to wait and see which does it for the second time.

When considering the recent shape of both squads in the ABA League, it seems like Crvena zvezda mts have the big advantage, as they have won 6 games in a row recently, while Igokea have lost 3 in a row.

However, Playoffs are always a brand new story. How will the Game 1 unfold?

Match-up in focus: All eyes will be pointed at the point guards of both squads this time. Jordan Loyd has earned himself a spot in the ABA League Ideal Starting Five of the season and will this time be challenged by Igokea’s Anthony Clemmons. Both of the two guys have shined recently when the two squads have met in 25th round of the Regular Season, with Loyd scoring 18 points and Clemmons 16. As it turned out, Zvezda won in the end by 3 points, so one might argue that excellent Loyd’s performance was crucial. Who will shine brighter this time around?

Click here for more match stats
Match: Crvena zvezda mts - Igokea
Join thousands of ABA League fans in our digital community by liking us on Facebook, following us on Twitter or Instagram and subscribing to our YouTube channel.
If you like this and our other articles, make sure to sign up for the ABA League newsletter. You will be notified regarding all important news and updates on the ABA League via e-mail.
Social Media
Tweets by ABA_League