Igokea have scored their 5th win of the season as they defeated Zadar on the road in the opening game of Round 9. 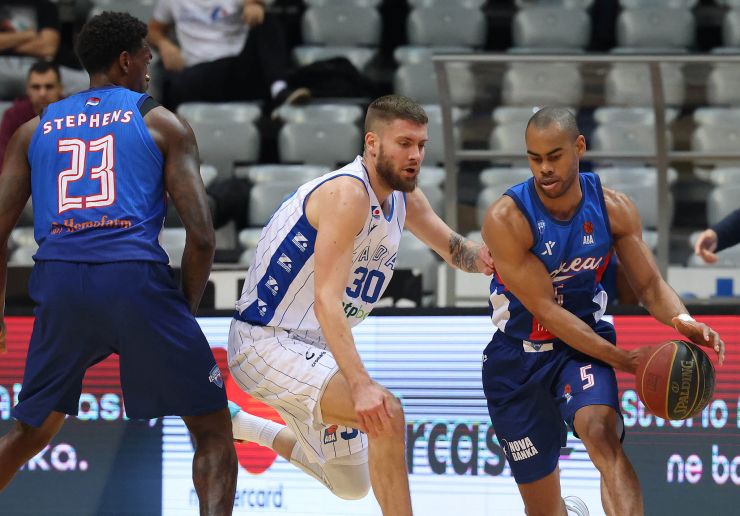 Game recap: Igokea have scored their 5th win of the season as they defeated Zadar on the road in the opening game of Round 9. The visitors were down by 2 at the halftime – 32:30, but they scored no less than 47 points in the 2nd half which helped them turn the things in their favor and win the match.

Apart from that outstanding offensive performance in the 2nd half, Igokea were also much better in rebounding today as they made 12 rebounds more than Zadar. And those two things eventually decided the winner.

Key moments: Zadar had their last chance to catch up with Igokea with a bit less than three-and-a-half minutes left on the game clock. At that moment the score was 67:61 for the visiting side, while Pavle Marčinković could have reduced it to just 3 points, if he had made his 3-point attempt. Unfortunately for the home side, Marčinković missed his shot, while on the other side of the court Igokea’s sharp shooter Antabia Waller made his 5th three-pointer in the match to put his team back on a safe distance – 70:61.

Man of the match: Igokea’s youngster Dalibor Ilić has put up another excellent performance. He scored 16 points and made 5 rebounds, while his overall index rating was 20.

Can’t trick the stats: As we have previously mentioned, Igokea made 12 rebounds more than Zadar, while on top of that the visitors also had 9 assists more than their rivals.

Click here for more match stats
Match: Zadar - Igokea m:tel
Join thousands of ABA League fans in our digital community by liking us on Facebook, following us on Twitter or Instagram and subscribing to our YouTube channel.
If you like this and our other articles, make sure to sign up for the ABA League newsletter. You will be notified regarding all important news and updates on the ABA League via e-mail.
Social Media
Tweets by ABA_League