MZT Skopje Aerodrom returned from a 10-point deficit to beat Helios Suns in Round 5 of the 2021/22 ABA League 2 regular season. 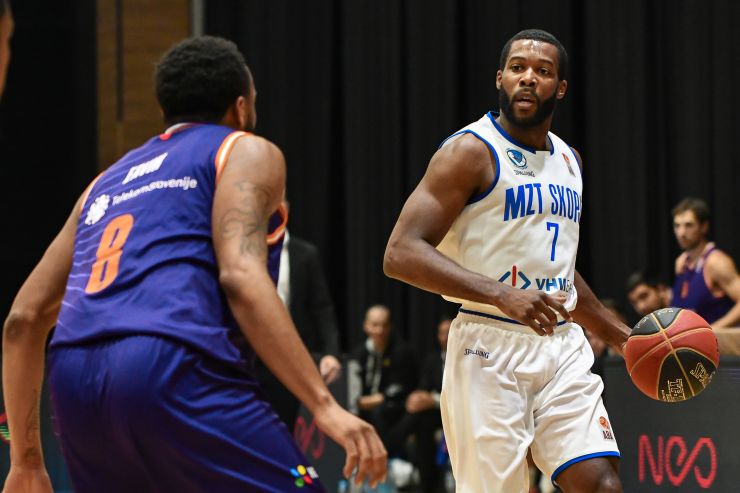 MZT Skopje Aerodrom have prevailed over Helios Suns in the battle for the 2nd place.

The boys from Skopje were down by 10 points at the halftime and things weren’t looking that bright for them at that moment. However, everything changed after the big break. Led by their star players Adem Mekić, Justin Ware and Robert Rikić, MZT troops performed a major comeback in the 2nd half!

Mekić scored all of his 20 points, including 6 three-pointers, in the 2nd half, while Robert Rikić looked unstoppable down in the paint and he eventually finished the match with 21 points and 8 rebounds. Finally, Justin Ware put on a double-double performance as he scored 23 points and made 13 assists.

MZT Skopje Aerodrom scored no less than 59 points in the 2nd half.

The two sides were sharing the 2nd place before this round, while now MZT Skopje Aerodrom are all alone at that position with the overall score of 4-1, while Helios Suns dropped to 3-2.

Click here for more match stats
Match: MZT Skopje Aerodrom - Helios Suns
Join thousands of ABA League fans in our digital community by liking us on Facebook, following us on Twitter or Instagram and subscribing to our YouTube channel.
If you like this and our other articles, make sure to sign up for the ABA League newsletter. You will be notified regarding all important news and updates on the ABA League via e-mail.
Social Media
Tweets by ABA_League