Crvena zvezda mts scored quite a convincing win vs. Krka on the road in postponed game of Round 18. 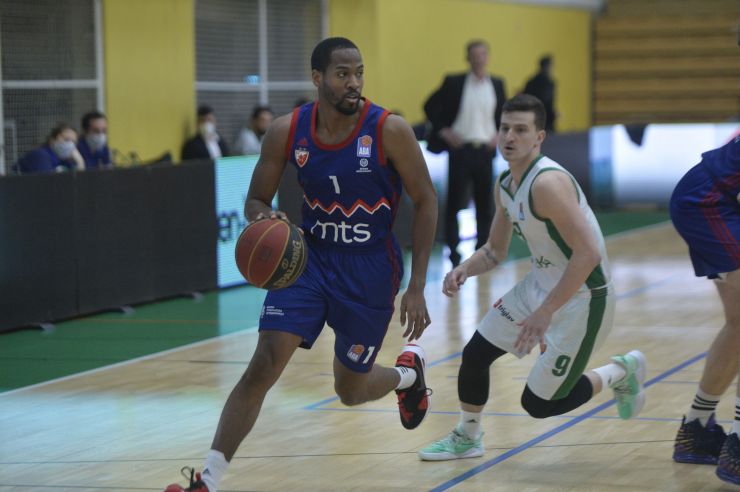 Game recap: Crvena zvezda mts scored quite a convincing win vs. Krka on the road in postponed game of Round 18. The red-and-whites left no chance to their opponents today, while this win is quite important for the Belgrade team as are now all alone at the 1st place on the standings.

Crvena zvezda mts now have the overall score of 22-3 and if the red-and-whites manage to beat Zadar on the road in the last round of the regular season, then they will enter the Playoffs from the 1st place in the regular season.

At the same time, Krka are now at 8-17 and the last-round match against FMP will be of huge importance for the Novo mesto troops as they are trying to avoid finishing the regular season at the 13th place.

Key moments: The winner of this match was decided already in the first 20 minutes as Crvena zvezda mts had a 33-point lead at the halftime – 55:22! The visitors were shooting 12/16 for 2 points, 7/13 for 3 points and 10/11 from the free throw line in the first half. Impressive.

Man of the match: Marko Simonović had the highest index rating in the winning team. Simonović finished the match with 15 points, 5 rebounds and 5 assists, while his overall valuation was 24.

Can’t trick the stats: When one team has a 33-point lead already at the halftime, then there is really no point looking at some major differences in the stats. Crvena zvezda mts were simply a lot better team than Krka this evening in Novo mesto.

Click here for more match stats
Match: Krka - Crvena zvezda mts
Join thousands of ABA League fans in our digital community by liking us on Facebook, following us on Twitter or Instagram and subscribing to our YouTube channel.
If you like this and our other articles, make sure to sign up for the ABA League newsletter. You will be notified regarding all important news and updates on the ABA League via e-mail.
Social Media
Tweets by ABA_League