Mega Mozzart are back on the winning track as they stun Cedevita Olimpija in Belgrade. 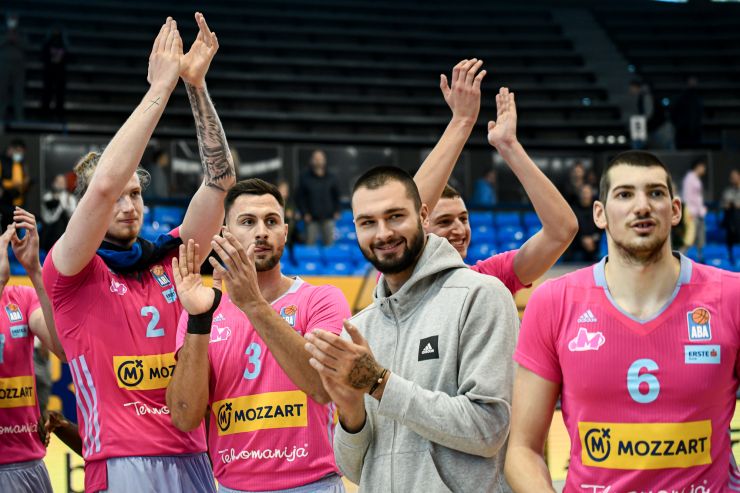 Game recap: Mega Mozzart are back on the winning track as they stun Cedevita Olimpija in Belgrade.

Mega Mozzart was a dominant force throughout the whole match, while at one moment in the 3rd quarter the home team was up by more than 30 points – 67:36! The Pink troops have therefore finally managed to break the curse in the games against Cedevita Olimpija as this was their 1st ever win against the Ljubljana team in the regional league.

Mega Mozzart now have the overall score of 4-5, while Cedevita Olimpija are at 5-4.

Key moments: The key moments in this game happened in the final minutes of the 2nd quarter and in the opening 5 minutes of the 3rd quarter as in that period Mega Mozzart made a 22:2 run to escape on a 31-point lead – 67:36.

Man of the match: Mega Mozzart’s top scorer Boriša Simanić is still recovering from injury, but today that was not a problem for the Pink troops as Matej Rudan and Nikola Jović were there to fill the gap at the power forward position. Rudan scored his AdmiralBet ABA League career-high 23 points, he also made 8 rebounds, while his overall index rating was 27. At the same time, Jović had 16 points, 9 rebounds and 7 assists, while his overall index rating was also 27. Two of them deserve the share the MVP award.

Can't trick the stats: Mega Mozzart were simply a lot better than Cedevita Olimpija in every major stats category. After all, the home team scored 104 points, they made 42 rebounds, while on top of that they made 27 assists today.

Click here for more match stats
Match: Mega Mozzart - Cedevita Olimpija
Join thousands of ABA League fans in our digital community by liking us on Facebook, following us on Twitter or Instagram and subscribing to our YouTube channel.
If you like this and our other articles, make sure to sign up for the ABA League newsletter. You will be notified regarding all important news and updates on the ABA League via e-mail.
Social Media
Tweets by ABA_League