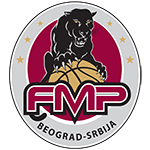 Categories:
Budućnost VOLI have won no less than seven games in a row so far this season and they will try to extend their streak to eight in the eleventh round of the ABA League season. But, the task will not be easy, as they are travelling on the road to Belgrade to face FMP.
Show more related news
>
@ABA_League
ABALiga.jtd
ABALigajtd
aba.liga