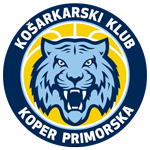 Categories:
In the opening game of the Sunday’s ABA League schedule, Igokea will be hosting Koper Primorska at home in Laktaši Sports Hall. Both teams wish to continue where they have started last round and score a new win.
Show more related news
>
@ABA_League
ABALiga.jtd
ABALigajtd
aba.liga